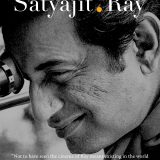 My father used to say when he lived in Calcutta, decades ago, (now Kolkata), famously called as the East London by the British, the city had an elite crowd, intellectual and thinking kind of people.

Satyajit Ray, the legendary filmmaker of India, who made his films in the 1950s, 60s and 70s in the city of Kolkata used to proudly say that he made films for a select crowd of 2000 people and show it at special movie halls. It sounds arrogant at a time when we think the success of anything is measured based on comparability and scalability.

If your YouTube video got one million views, and Twitter has half a million followers and your e-book got downloaded 500K times, you are considered successful in it. The success metric of the internet era is based on analytics – we see numbers everywhere. A half-hour after our Facebook post, we look at how many liked it than the quality of engagement in it. Businesses are comparing each other in terms of net-worth. Rankings like Fortune500 or Forbes List celebrates the need for validation based on commonly accepted metrics like ROI, shareholder returns or market capitalisation of the company.

During the time when Ray (fondly called by his admirers) lived, there were fewer opportunities for him to compare his work or success on a constant basis with the rest of the world. He had his mind focused on ‘getting the right shot of rains on paddy fields’ until what he wrote is in with sync with how he visualised it  – as we call it the intense ability to focus on deep work. He had the patience to get the background music for his movies right and could wait many weeks for it. That way the level of mindfulness was the highest in the pre-internet era.

We are in a hurry to show the results of our work to the world, driven by a constant hunger to get validated by large numbers than to be deeply appreciated by a niche segment of people who would enjoy and celebrate your work.

Glad to host the #2 TED Circle based on the TED Talk by Jamil Zaki on 'How to escape the cynicism trap' along with @gopikanandu.

Rapid prototyping for social entrepreneurs on ideas based on #Sustainability.

The well-acquired insights from weekend ruminations start dissolving by 10.30 am on Monday.